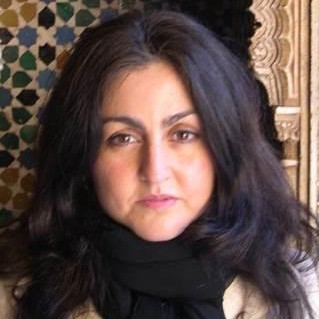 Zainab Bahrani studied the History of Art at the Institute of Fine Arts, New York University where she earned her MA and PhD degrees in a joint program of Ancient Near Eastern and Greek art and archaeology. Prior to her appointment as the Edith Porada Professor of Art History and Archaeology at Columbia University, Bahrani taught at the University of Vienna in Austria, The State University of New York, at Stony Brook, New York and was a curator at the Metropolitan Museum of Art’s Near Eastern Antiquities Department from 1989-1992.

Professor Bahrani is the author and editor of twelve books, including Women of Babylon (London: Routledge, 2001)  The Graven Image: Representation in Babylonia and Assyria (Philadelphia: University of Pennsylvania Press, 2003), Rituals of War: the body and violence in Mesopotamia (New York: Zone Books, 2008) which was awarded the James Henry Breasted Book Prize by the American Historical Association for the best book in any field of history prior to 1000 CE. Her 2014 book, The Infinite Image: Art, Time and the Aesthetic Dimension in Antiquity (Reaktion/University of Chicago Press), based on her 2010-2011 Slade Lecture in the Fine Arts at Oxford, won the Lionel Trilling Book prize.

Bahrani’s books are investigations into the ontological relationship of the image, the monument, and the world in antiquity. She has been particularly fascinated by the Mesopotamian conception of the image as a form of infinite presence, an argument she expounded in The Graven Image. She writes on the status and meaning of images and of art in general, addressing both ancient and modern philosophies of representation. Her other areas of interest include intellectual history, antiquarianism and the politics of art and archaeology.

In addition to her books, Bahrani has written more than fifty articles and reviews on subjects ranging from ancient Near Eastern archaeology to contemporary art criticism in publications such as Art History, Art Journal, The Oxford Art Journal, and October. A 1995 article she published in the journal Art History, “Assault and Abduction: the Fate of the Royal Image in the Ancient Near East” is a theoretical investigation into the idea of the agency of art objects and iconoclasm. Another early work, “The Hellenization of Ishtar” (1996) investigates concepts of the body and ideologies of gender in both ancient Greece and the Near East. An article titled, “The Performative Image: Narrative, Representation, and the Uruk Vase” (2001), written in honour of her teacher, Donald Hansen, sets out the notion of ‘performative representation’ as one of the earliest expressions of visual narrative art.

Bahrani teaches a wide range of undergraduate and graduate lectures and seminars on ancient Near Eastern art and archaeology, as well as on the theories and methods of art history, and she advises PhD students in these fields. In 2008 she was awarded the Lenfest Distinguished Columbia Faculty Prize for excellence in teaching.

Another aspect of Bahrani’s work has been in the area of monument preservation, conservation and the politics of cultural heritage. Some of her academic publications focus on this subject from a theoretical perspective.  Since 2003, Bahrani has also written widely on the destruction of the cultural heritage of Iraq in the popular press, in publications such as The Nation, The Guardian, and The Wall Street Journal.

In the summer of 2004 Bahrani was Senior Advisor to Iraq’s Ministry of Culture. During that time she conducted a survey of war damage at the archaeological site of Babylon and instigated the state of Iraq’s official request for the removal of the military base from the site. Bahrani considers archaeological fieldwork to be central to her work. She is the Director of a Columbia University survey project that covers Iraq, Syria and Turkey, Mapping Mesopotamian Monuments.

Zainab Bahrani was awarded the Lionel Trilling Book Prize in 2015, the James Henry Breasted Book Prize in 2009 and the Lenfest Distinguished Faculty Award in 2008. In addition, Professor Bahrani is the recipient of numerous fellowships, awards and grants including awards from the American Schools of Oriental Research, the Kevorkian Foundation, the Metropolitan Museum of Art, the Getty Foundation, and the Mellon Foundation. In 2004, she was awarded the prestigious John Simon Guggenheim Memorial Foundation fellowship. In 2010 she was elected Slade Professor of the Fine Arts at the University of Oxford, where she delivered the Slade Lectures in 2011.

The Infinite Image: Art, Time and the Aesthetic Dimension in Antiquity, London: Reaktion and University of Chicago Press, 2014.

Rituals of War: the body and violence in Mesopotamia, New York: Zone Books, 2008.

The Graven Image: Representation in Babylonia and Assyria, University of Pennsylvania Press, 2003.

Women of Babylon: Gender and Representation in Mesopotamia, London: Routledge,
2001.

“Sex as Symbolic Form: Erotism and the Body in Mesopotamian Art” in S. Parpola and R.M. Whiting eds., Sex and Gender in the Ancient Near East, Helsinki: University of Helsinki Press, 2002, pp 53-58.

“Babylon: A case study” in Of the Past for the Future: Integrating Archaeology and Conservation. Congress Proceedings from World Archaeological Congress-5, Neville Agnew and Janet Bridgland eds., Getty Conservation Institute, 2005.

“The Battle for Babylon”, in The Destruction of Cultural Heritage in Iraq. Peter Stone and Joanne Farchakh eds., Boydell Press, March 2008.